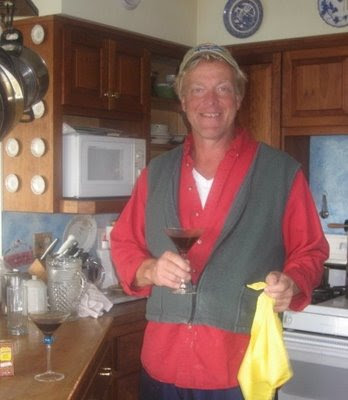 John has been brewing his own beer for almost 10 years now and for the past few months has been hooked on the idea of making his own root beer. Last Saturday at a garage sale he found a brand new keg cooler.(only $68.00!) Well that lit a fire under him to finally try a batch of our kids favorite soda! He spent a lot of time testing different amounts of dextrose and extract and after many tastings, I think he's come up with a winner! I'll print the recipe as son as I can get it out of him...I have my ways of making him talk! (p.s. Happy Anniversary, Honey!)