The bittersweet end of berry season 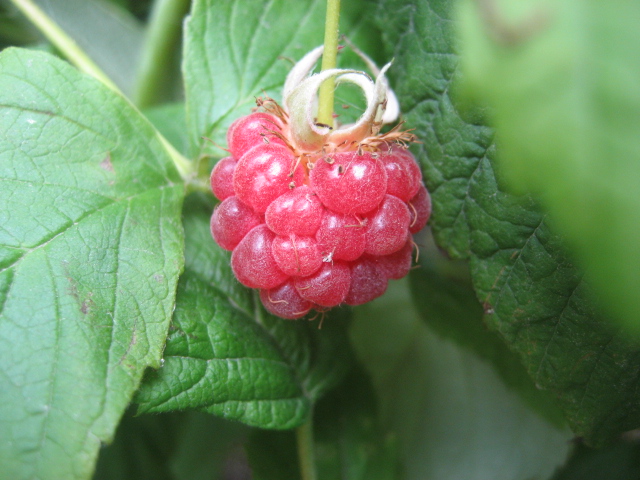 As I pulled away from the bakery this evening, a couple of girls from my son Charles' class were in the garden gigging and laughing, then I saw them spy the red raspberries still clinging to life. They picked and ate and kept on laughing. This scene made me so happy. I love berry season, when mother nature puts out her finest gems for us. Here in Homer, the best patches are wild and discovery of one gives you license to forgo most common courtesies to protect your source. We have a tiny patch of raspberries that have seeded themselves around the bakery, there isn't enough to make stuff to sell, but there are plenty for Katy and Nonah to pick and eat and giggle over. 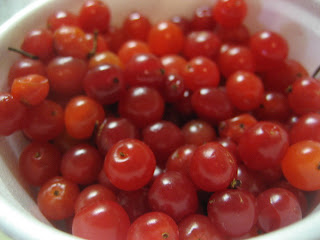 One of the local russian farmers brought us potatoes and carrots last week and his wife handed me this cup of highbush cranberries. They are tart and very seedy, I think they will make an amazing sauce for the delta grown pork chops my husband brought home. 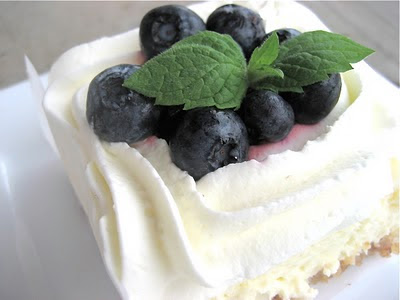 Blueberries have been over for a little bit now, but while they were happening we enjoyed them every way we could. And while they were a hit on these cheesecake squares, they were also very popular on granola, too! These lovelies were delivered to us by Tree Things in our last delivery of the season.
Earlier in the week I scored some well priced, big, beautiful raspberries. Set on top of cheesecake tarts and brushed with a little malbec glaze, they are the perfect parting shot. 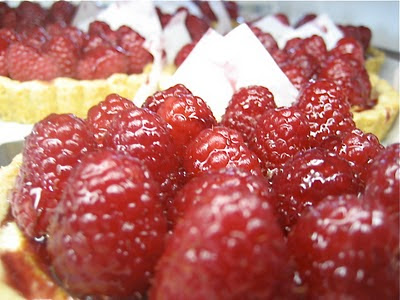 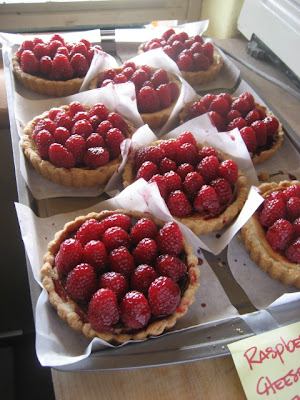 ummm...I think there has been a mistake. 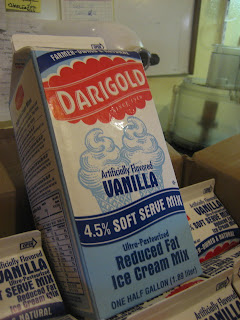 Who uses this stuff? I mean, seriously!
Posted by Carri at 9:02 PM No comments:

A sea of cupcakes 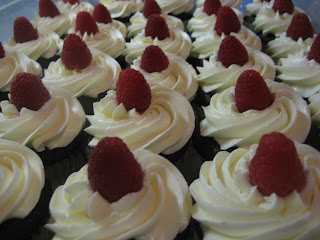 Wedding season is not quite over yet and still one of our most popular ways to interpret the classic celebration dessert is through cupcakes! These little gems are chocolate cake with a dark chocolate truffle filling and a vanilla buttercream on top and decorated, as requested, with a fresh raspberry...simply perfect.
Posted by Carri at 9:36 PM 2 comments: 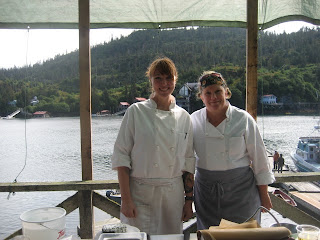 Fot the past several years, our local family planning clinic has held an iron chef competition on the porch of The Saltry restaurant in Halibut Cove. As a past board president for KBFPC, I have always wanted to compete, but between wedding cakes and my husband's halibut fishing schedule I could never pull it off. This year, when the call came, I realized there was nothing holding me back. Lucky for me, the talented and hard working Irene was also up for just such a challenge!
We boarded the boat at noon on Sunday. 6 teams with all of our gear, we were told to bring everything we needed except the food. They provided a two burner propane stove and a very comprehensive condiment table/pantry which we did get to peruse for an hour or so before the competition began. What we did not yet know was the secret ingredient and the contents of our mystery box, which we would get 5 extra points for using all of. 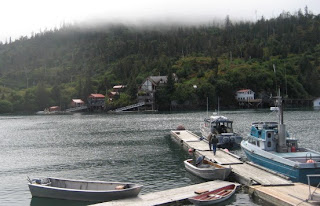 the view from our station 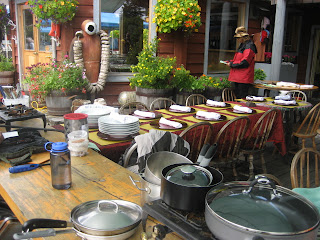 What we didn't know is you could bring table linens... in the station next to us, the Tutka Bay Lodge folks had placemats and chargers and their own plates. We brought lemons, so we put them in a line down the center of table and called it good 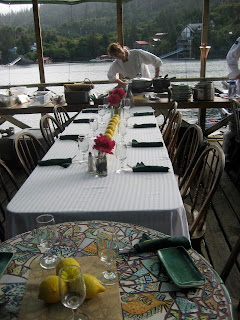 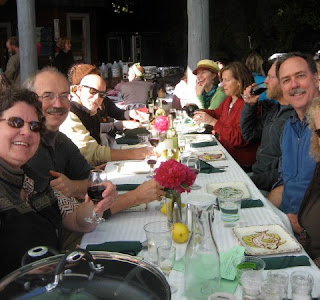 For the competition we were to compose a main course for 12 in one hour with the people we were about to feed looking on just inches away from our station...it was scary and nerve-wracking and very exciting. The pressure was on as our table was loaded with long time bakery customers and devoted fans...we really wanted to give them a delicious plate of food...but wait,  The secret ingredient?
MAKO SHARK! (with some side stripe shrimp on the side :) 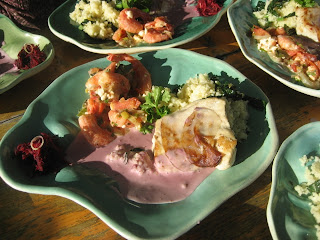 What to do?
We trimmed the dark meat off the shark and wrapped the firm white filets in thinly sliced purple potato, searing them to brown the potato and then finishing in the oven while we sauteed the side striped shrimp in tomatoes, fennel, onions and garlic, all from the box. We reduced red wine with figs and fennel and shallots, added cream and herbs to make a buerre rouge sauce for the fish. For a starch we steamed couscous with the chard from the box and served it all with a little shredded beet and carrot salad on the side. The plates we borrowed from the Saltry were the perfect compliment.
While we didn't win, our table was very pleased, all of them licking their plates clean and pleasantly suprised that the shark could taste so good.
This guy, Harley won with his cooking partner, Beka from the Still Point Lodge. They made shark enchiladas in a mole sauce with a mango salsa and wild rice...I heard it really packed the flavor. 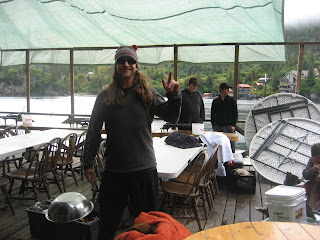 All in all it was a spirited, but friendly competition and the folks at the Saltry took mighty fine care of us!
A special Thanks goes out to Maura Brenin and the board of the clinic for their hard work putting this all together.
Best of all, everyone had a good time, a lot of money was raised for a good cause and the ride home at the end of the night was  spectacular 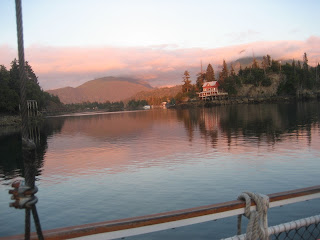 A big shout-out to the other chefs in the house, Michael Hiller of Mermaid Cafe along with his lovely daughter Jess took 2nd and 3rd went to Mikal and Mike of the afore-mentioned Tutka Bay Lodge, in the losers bracket with us was the effervescent Teri Robl, who, along with writing a great food column for the Homer News, is a damn fine cook in her own right. She partnered with Amy from the local favorite, Cosmic Kitchen. Also, Nancy and Roland from the always yummy Sweetberries Cafe brought their best to the chefs table...Thanks again to everyone for competing, it was an honor to cook alongside y'all.
Posted by Carri at 8:50 PM 3 comments: