Linda Smogor, the photographer of our lives...

She's been here for almost everything, capturing images of bakery life for the past 17 years with beautiful and thoughtful photos of:
Lucious Bread... 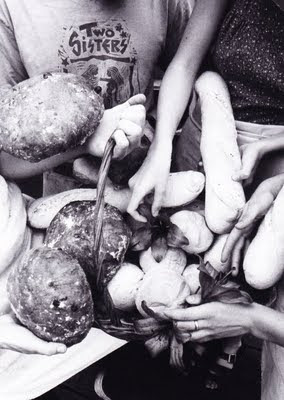 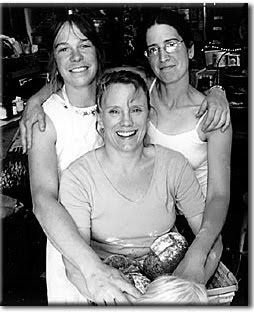 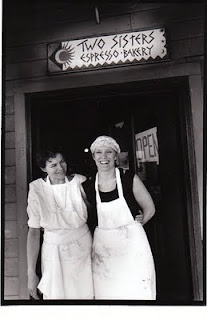 Her own daughter on the cover of the Sun Magazine 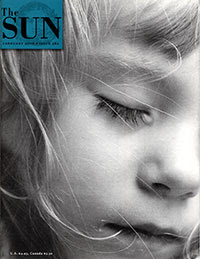 This photo below was part of a series Linda shot on my last day of work before giving birth to my daughter Jane (who just gracefully turned 13!!!). When she asked if she could submit the image to a magazine, I said yes and completely forgot all about it. Two years later I recieved a large envelope in the mail from her. In it was the current issue of a new publication called Hope. I opened the cover and there it was. 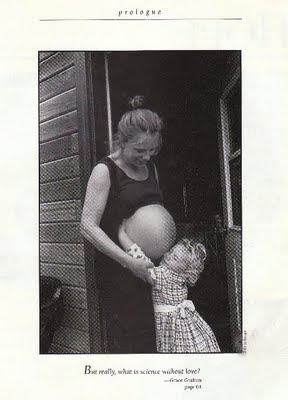 Another year or so went by and Linda called again asking permission to use the photo. I said yes, and again, forgot all about it. Then one day I get a call from a good friend in Portland who says she just got an ad in the mail to subscribe to this magazine and it had my picture on it...my mind swirled at the thought of my naked pregnant belly landing in all those random people's mailboxes. My sister Tarri put it all into appropriate perspective, she says to me; "Hey, big deal, you're on junk mail, it's flying around on the street and people are walking all over you!" I laughed and realized that maybe some of those people would love the photo and be inspired.. over the years we have watched Linda's work crop up in Mothering Magazine and even LIFE...
These images, from her Mars Cove collection, are some of my favorites: 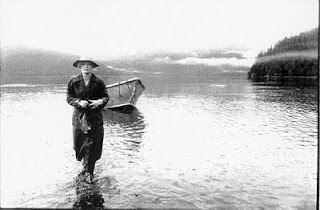 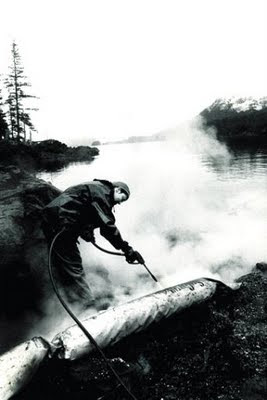 I found this image os Spalding Gray that Linda took in 1988 at the McDowell retreat: 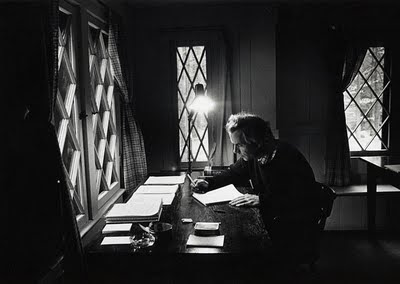 We have a whole new show of Linda's current work up in the Bakery throughout the fall.
Posted by Carri at 6:55 PM