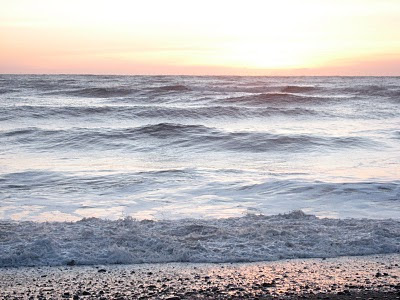 Just as Martin Luther King's 'I have a dream' speech told of the people of color in America getting a check drawn on insufficiant funds to deliver them equal rights, so have the poor and unfortunate of this country gotten a bad check written by the legislators and big agro-business and leaving their bellies and pocketbooks and dreams empty. The USDA released it's data for hunger and it shows 49 million people in America as being 'food insecure' in 2008. (that's up from 39 million in 2007, we can only imagine what the 2009 numbers will be) Women and children suffer the most in these statistics and overall the numbers should be a wakeup call to get very serious about food security and hunger issues that plague every corner of this country. Hunger is everywhere, and many of our neighbors are suffering so quietly, we may not even know...
As a very young adult I landed on the beach in Homer. Someone I trusted told me I could live cheaply and get work here. It was a long way to go on what were really just flimsy assurances, but lucky for me, it was a good suggestion. Since I spent that whole summer living in a tent on the beach or on couches, it was a huge learning experience in humilty and perseverence. At the time I told myself I was an 'adventurer' but in reality I was homeless. Going back to the Detroit area to live with my very messed up family was an unbearable step backwards, I needed to start over. When I lived on the beach, I got up every morning and made my way to the public bathroom to huddle underneath the hand drying blowers. It took me a little longer than I expected to get a job, money was running out. I ate simply...crackers and cheese, cured meats and an occasional piece of fruit. I hitchhiked the five miles to town for basic services and affordable groceries. When I finally did land a paying job, I had just enough money to buy a shower at the laundromat so I could report for duty not smelling of campfire. It was as a part time cocktail waitress at the Salty Dawg Saloon (thanks gals, I'm ever grateful!). I made $60 bucks that night, more than I'd landed in Homer with originally. Things turned around for me after that. Word got around that I was a good waitress and I eventually scored the job I originally came to town for. Though, through my my time here I have learned to become a part of a community, I am also aware that any unfortunate accident could put me back into that tent. People that cared enough to trust me taught me to pass those same values along to others as I made my way in this tightly knit little town. That, I believe is the secret to solving the hunger problem that looms, both in our nation and globally. Realizing that we are all a part of a community, and we have a responsibilty to maintain the health and wellbeing of all involved. Today I came across a trailer for a new movie being made called Hungry in America. It is a documentary film by Lori Silverbush and Kristi Jacobsen. ( also being produced by some heavy hitters: Mario Batali and Tom Collichio) Focusing on the many problems of feeding ALL the people in our current society, the film is only 20 percent completed and already there is a media buzz. (You can watch some of the clips here on youtube)
On the local scene, The Kenai Peninsula Foodbank serves a growing number of children and families struggling to make ends meet here at the end of road. Many people come here trying to live the dream and are quickly overwhelmed by high prices and difficult living conditions. We also applaude the Homer Food Pantry their efforts and support them every chance we get.
Covering global hunger issues, I recently discovered Frederick Kaufman, a freelance writer who publishes in Harper's, the New Yorker and Gastronimica. He recently published an editorial called 'A Reasonable Proposal' that appeared in the British Medical Journal that uses commodity markets to explain why so much of the world is going hungry. It appears here on his blog where I also discovered he is the author of "A Short History of the American Stomach" a book called 'a Bourdain meets Pollan tour of the American gut' by Gastronomers Bookshelf. (That was enough for me, I'm ordering it tonight.)
Here are some other resources for joining in the fight and staying informed:
Share Our Strength
Feeding America
US Food Policy
The Ethicurean

p.s. Thx to @kitchenmonki and @ruhlman for giving me the heads up on the Hungry in America documentary...I love twitter!
Posted by Carri at 8:10 PM

Beautifully put, Carri. Thank you for sharing your story.

I detest the 'food security' newspeak implemented a couple of years ago. We're not talking hungry as in 'it's time for dinner, tuck in' - we're talking about a desperate need for far too many people. 'Food security' is a buzzword to suggest it's the fault of the person lacking food, that bounty and prosperity would be theirs if they just got a job or something.

We know it's not as simple as that.

Running a close second has been the media's portrayal of people in Haiti 'looting'. They've no food, no shelter, and they're not breaking into WalMart to steal a big-screen TV. "Looting," in this context, is a term meant to place emotional distance between us and the visible need of the Haitian people.

Wendy, thanks for your kind words...and for checking in! hope all is well.
Bob, right? I've always thought of myself as being one unfortunate incident away from being in the same predicament as these folks. And then there's Haiti...taking despair to a whole other level.